It is almost impossible to describe what this pa

st week has looked like in Aish Jerusalem. From welcoming President Trump to the Western Wall on Monday, to running a $1,773,032 fundraising campaign on Tuesday, to welcoming tens of thousands of participants in the 50th anniversary of the liberation and reunification of Jerusalem on Wednesday, to educating hundreds of millennials who came to study at Aish during their college break on Thursday. Aish HaTorah is the spot where the Jewish people come together. With so much going on I want to relate two vignettes, amongst the many, that moved me. 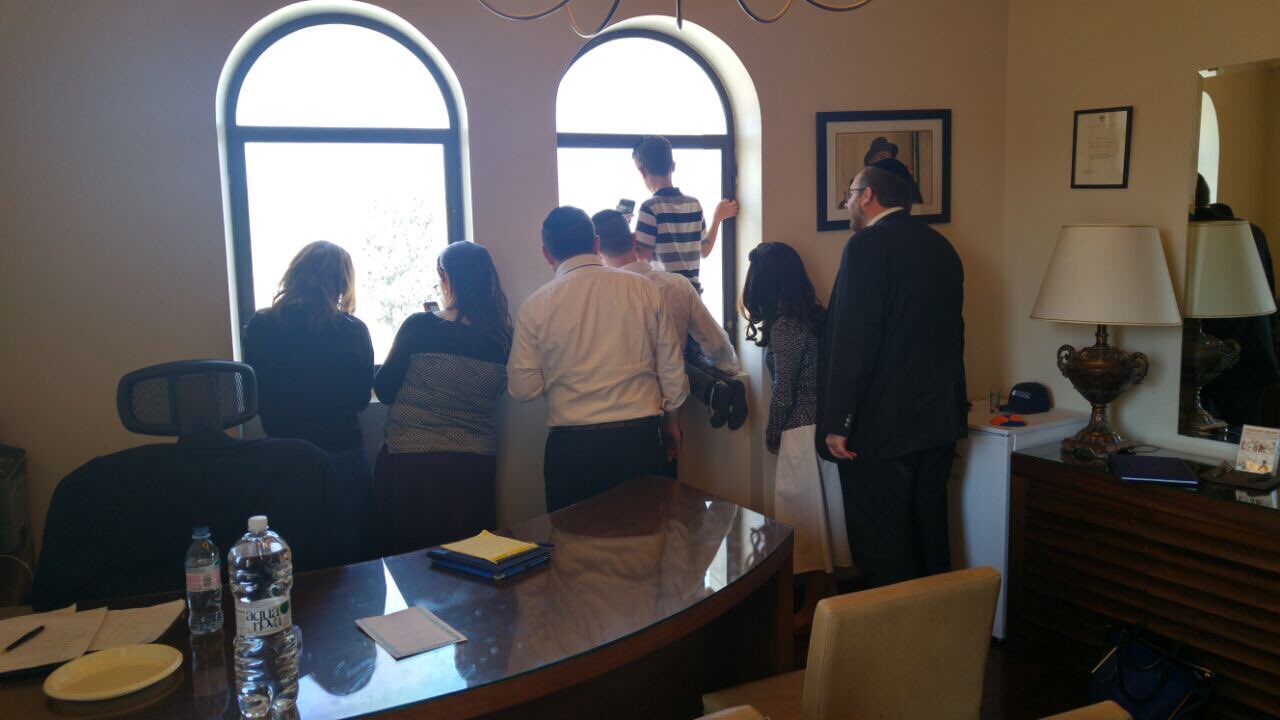 Aish HaTorah was on serious lockdown during President Trump’s visit to the Western Wall. The Shabak (Israel’s internal security force) basically took over the Aish HaTorah Dan Family World Center. As if Israeli snipers on our roof was not enough, the head of the Shabak came to my office to tell me that when folks in my office (I had the best view) kept looking out my window, the Americans kept radioing him and asking whether they should shoot us. We all laughed assuming he was joking, he was not…

In any event, we thankfully survived and Rabbi Seth Clyman went up to the roof when all the snipers were packing up their gear. Rabbi Clyman started to talk to the snipers and he asked them what they did during their six hours on the roof. One of the soldiers smiled and took a copy of Daf Yomi (the daily Talmud portion studied by Jews around the world) out of his pocket. The soldier then asked Rabbi Clyman whether this building was connected to Yeshiva Aish HaTorah. When he was told that it was, he replied that he had a friend in the army who had become observant in our Yeshiva. As he walked away he said his friend was somewhere in the world today doing outreach.

The second story involved a talk that I gave t 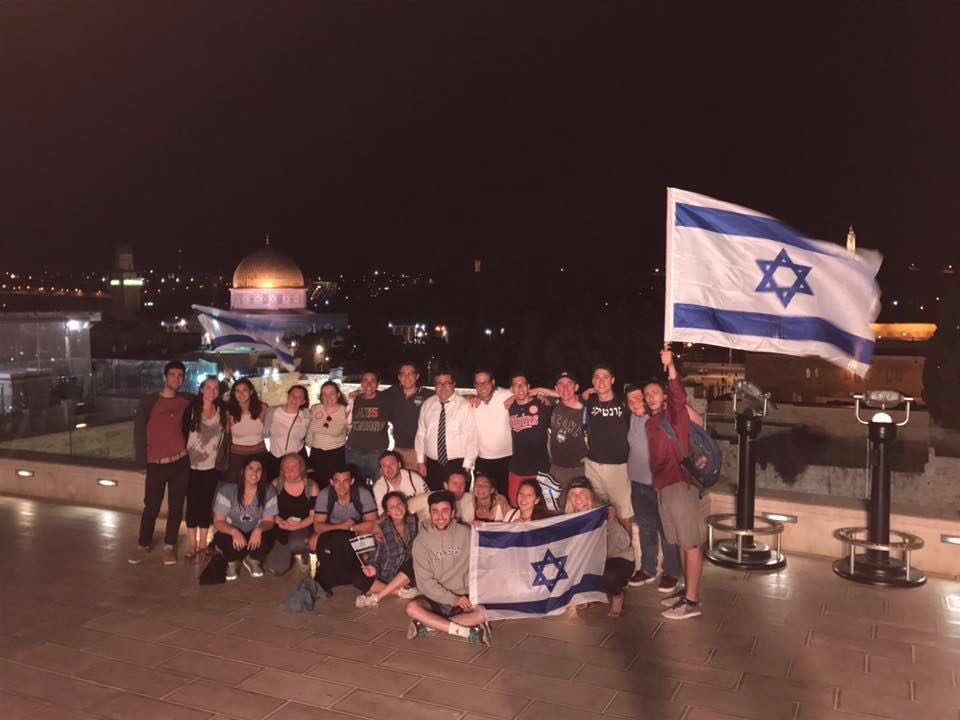 o a group of visiting University students. As I found myself trying to explain the meaning of the 50th anniversary of the liberation and reunification of Jerusalem, I pointed out that Aish sits right within the territory that was won back. In fact, as Jews, had we been in that same classroom 51 years ago we probably would have been killed. When I finished, one of the students raised their hand and asked me what Aish will do if our buildings are given back in a peace deal with the Palestinians. I was taken aback by the question but he was asking a powerful and logical question. I answered with four words that came from my heart and is Aish HaTorah’s position on this matter. I said, “We’re not going anywhere.” 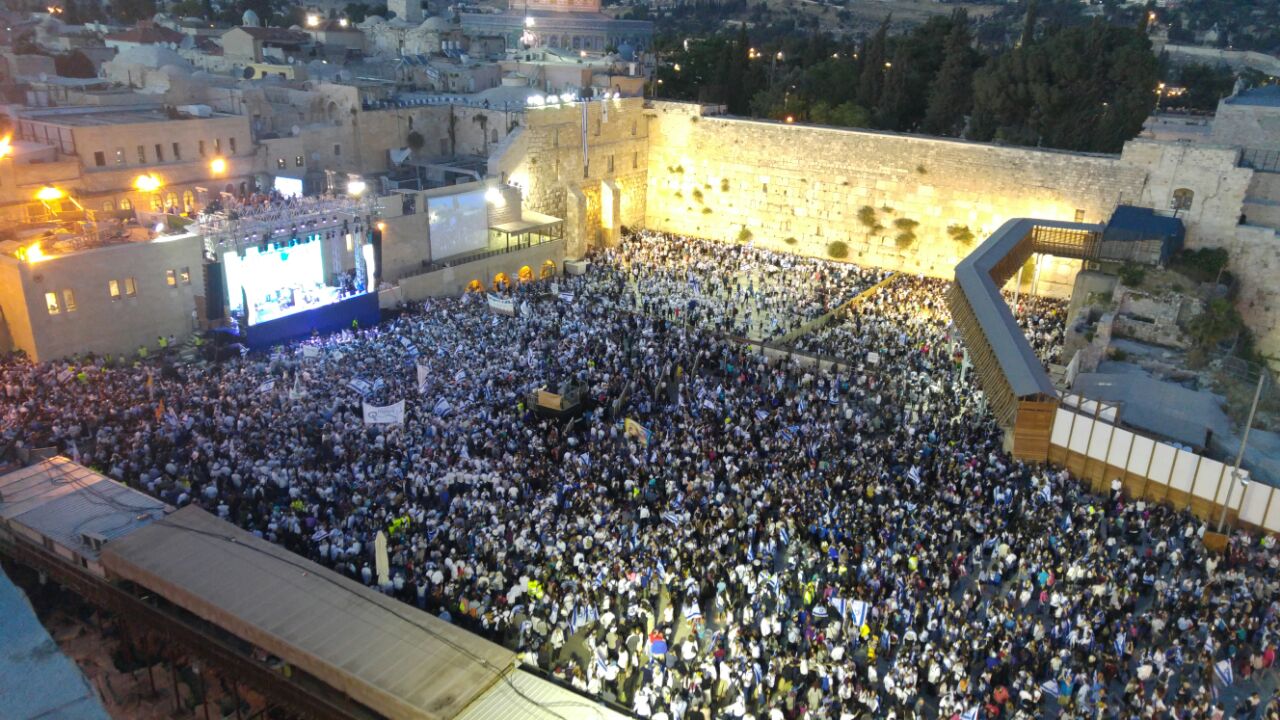 As Jews, we have longed to return to Jerusalem for 2000 years. We asked the Almighty to return us to and rebuild Jerusalem three times a day, every day, in our prayers. It is the last statement we say in the Hagada every year during Passover. As Jews, it is our Moral, Ethical and Spiritual duty to stand strong with Jerusalem. From 1948 until 1967 the Old City was Judenrein (German for cleansed of Jews). This was the first time in 2000 years that Jews were banned from the Western Wall. 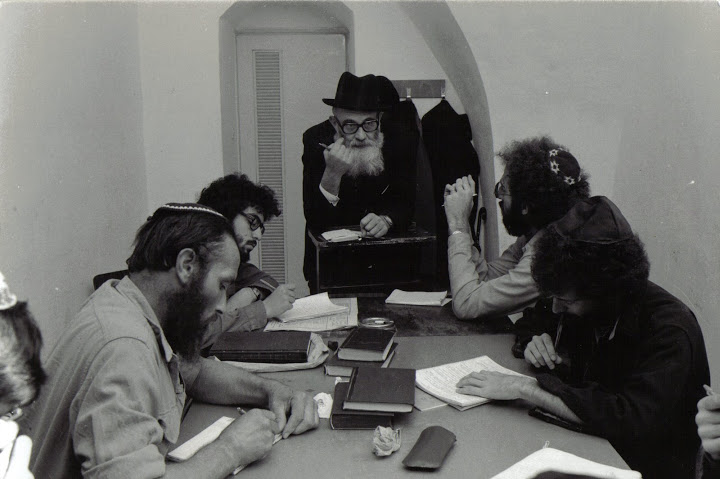 shortly after the six-day war and decided to build an institution where any Jew, regardless of background, could come to study Torah. We are still here fulfilling that holy mission and we will always be here. Even the snipers on our roof take the time to study Torah. I would beseech every member of the Aish community to stay strong in your support of Jerusalem. We must ensure that Jerusalem will not be Judenrein ever again. Come to Jerusalem and spend time at Aish studying our heritage. Make the statement that your home away from home is here at Aish HaTorah in Jerusalem. May the Almighty grant us the strength and fortitude to stay strong in the face of world demands that we hand over Jerusalem.