This past week was a pivotal moment in the gro

wth of Aish HaTorah. It was also the long-awaited fulfillment of a promise made eighteen months ago. I traveled down to Buenos Aires for a thirty-six hour emotional roller coaster ride. Rabbi Meir Rosenberg, Director of Aish HaTorah Latin America has been hard at work coordinating our expansion to Buenos Aires. This trip was to be a culmination of his hard work.

The morning of the first day we hit the ground running by touring the Achdut Israel campus. Achdut Israel is the project of Chief Ashkenazic Rabbi Oppenheimer. It consists of a major school named Rabbi Yosef Caro, a large Shul, and many programs. Achdut Israel is the partnering organization for Aish HaTorah in Buenos Aires. After the tour of their facilities, we went to see another Shul and community center being built about a twenty-minute walk away from where Aish HaTorah would potentially be housed. 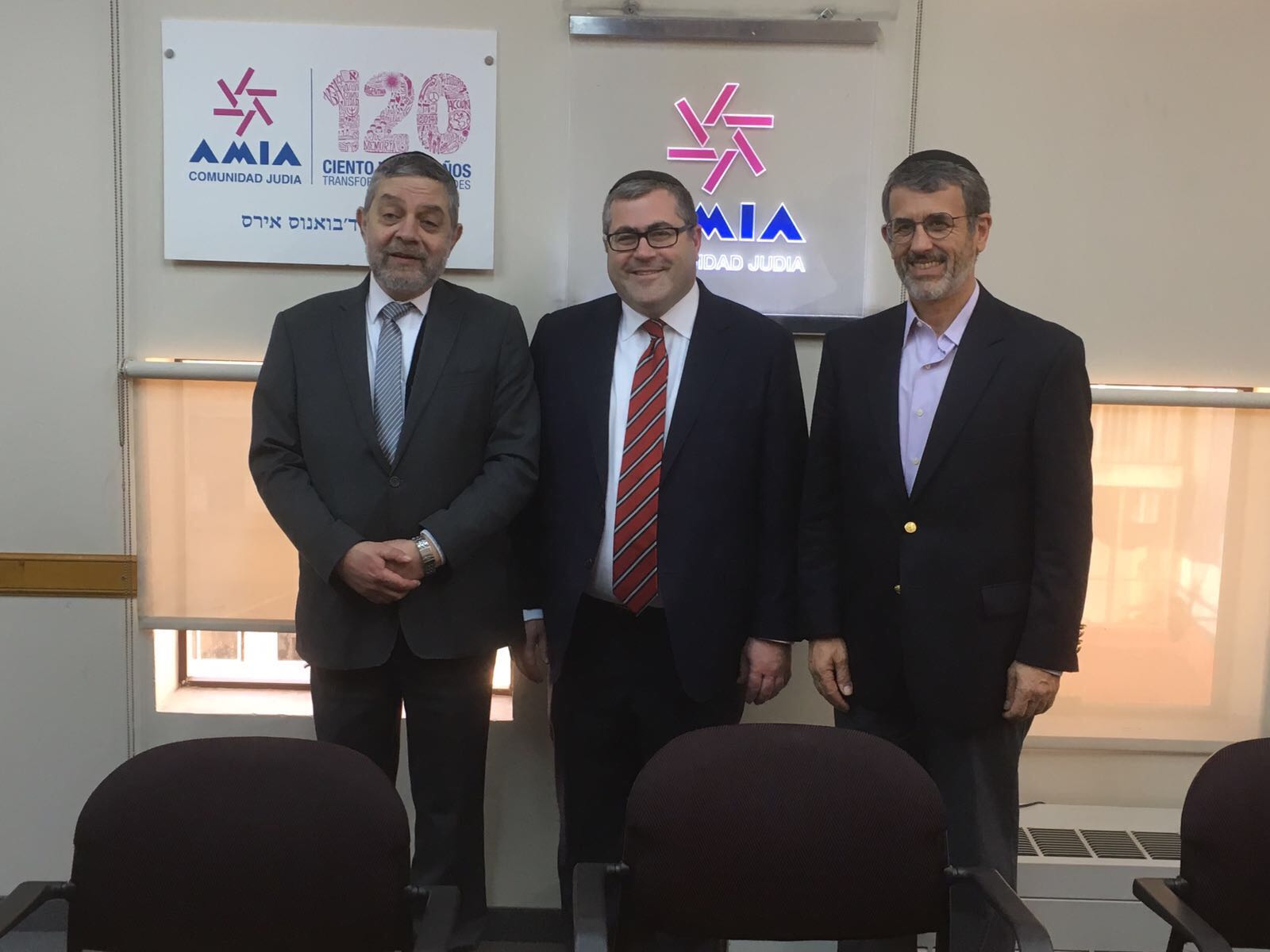 We then traveled across town to AMIA, which is the local Jewish political and social needs organization, to meet with the current President and incoming President. You may recognize the name AMIA from the tragic bombing in 1994 where 85 people lost their lives. To this date, the Argentinian Government has held no one responsible for this heinous crime even though everyone knows Iranian terrorists were responsible. The blood of our fellow Jews still cries out for justice from that very spot.

While touring AMIA we stopped by a memorial plaque whic 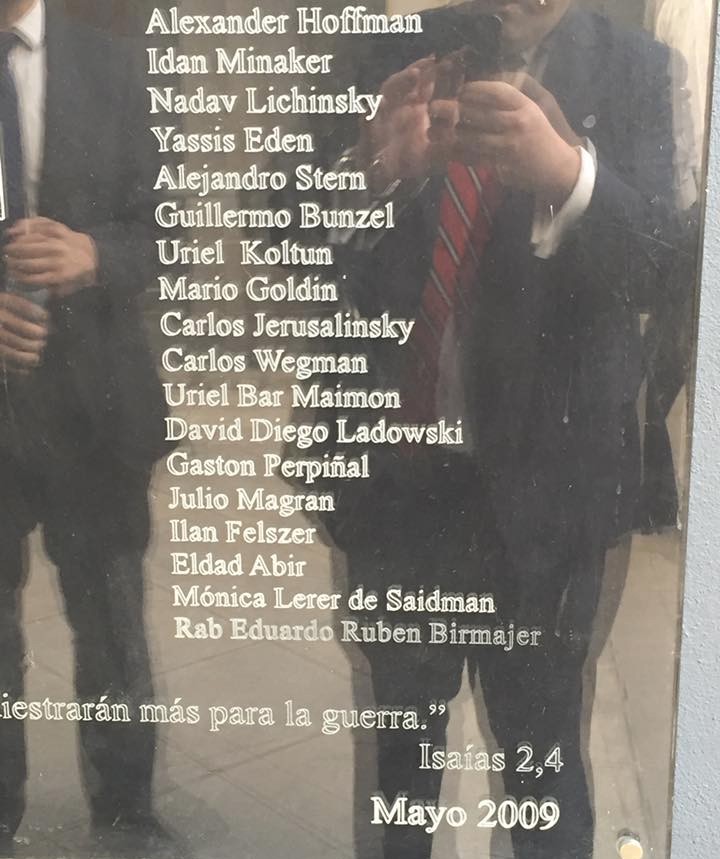 h commemorates all the Argentinian Jews who have fallen as a result of terror in Israel. The most recent name on the wall was that of beloved Aish Rabbi Reuven Biermacher. When Rabbi Biermacher was brutally murdered at the gates of the old city in Jerusalem we made a pledge. Our pledge was to grow the efforts of Aish HaTorah in Latin America as a loud response to the terrorists. Rabbi Rosenberg was hired and given this mandate. Being there and seeing his name was the moment that we could proudly say that we did not forget him or his work. That the Nation of Israel would fight back by continuing his legacy. 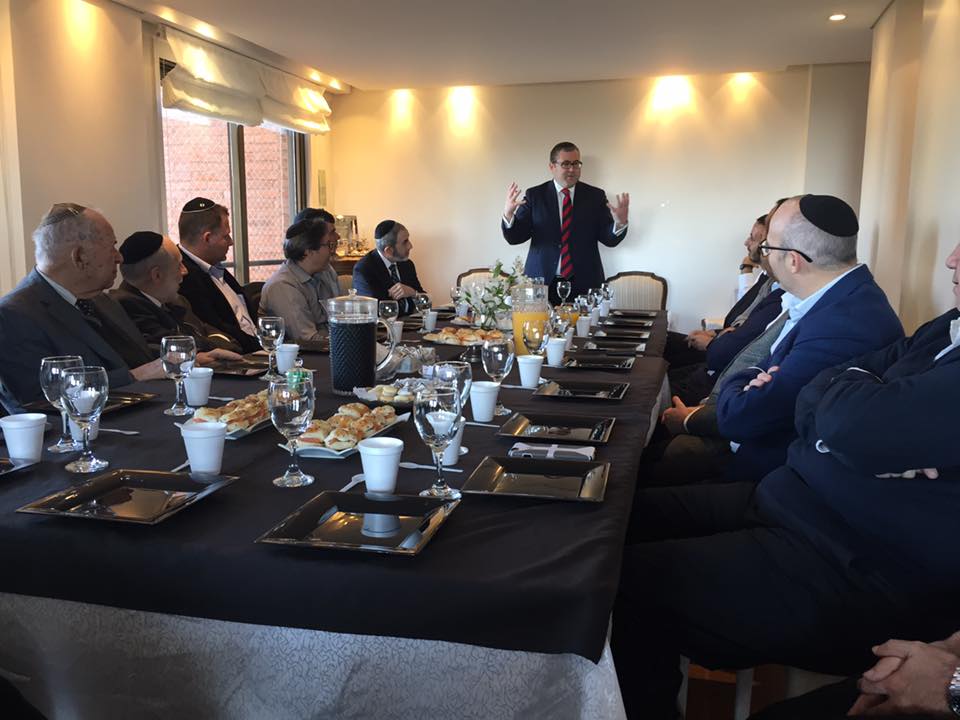 The next morning we had a breakfast with the community and signed an agreement to officially bring Aish HaTorah to Buenos Aires. We introduced Rabbi Marcelo Melnick who will be moving with his family from Santiago to Buenos Aires in July. The excitement in the room was palpable. For a city of 250,000 Jews, an Aish presence was long overdue.

We then had an emotional lunch with Marcelo Biermacher, the brother of Rabbi Biermacher. Marcelo is a well-known journalist and media personality in Latin America. He told us that when his brother became religious they had lunch in the same restaurant to discuss what that meant. Marcelo said that so many people had come up to him in the past year to tell him that they were his brother’s student and how much he had taught them. He also discussed the pain and anguish of having to tell his mother what had happened. I pointed out that the Prime Minister of Israel had shared the same fate of telling his parents that Yoni Netanyahu had died in the raid on Entebbe.

I took out my phone and played fo 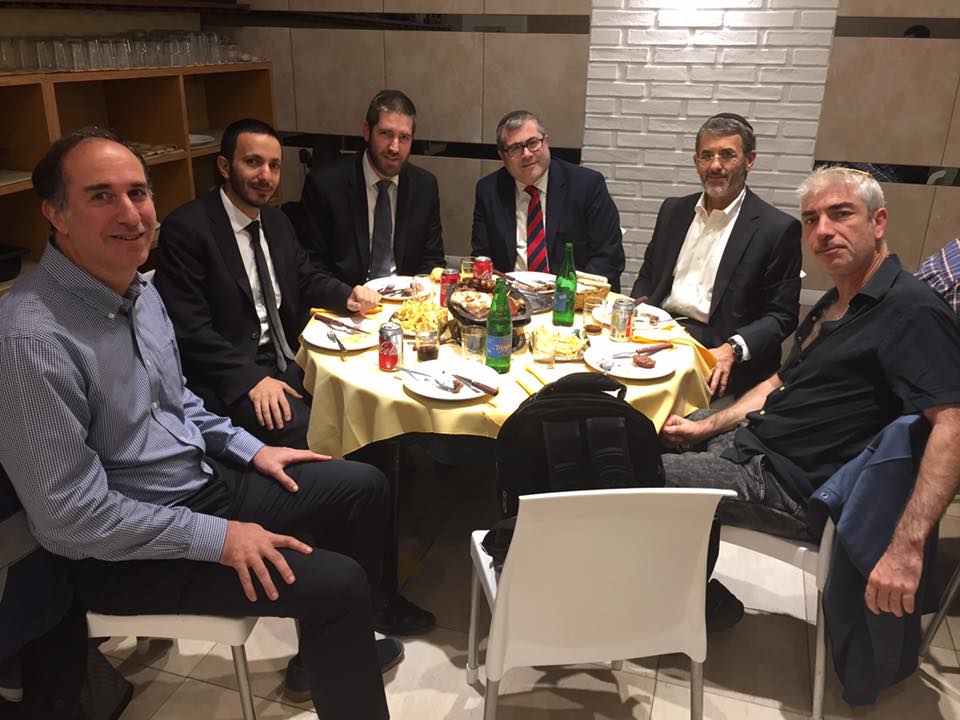 r him the video of the students of Aish HaTorah praying and singing, on the one year anniversary of his brother’s death, at the spot where he was killed. We were all emotional. I then told him that we had made a commitment when his brother died to continue his holy work. Here we were, following through and establishing Aish HaTorah in Buenos Aires.

As Jews we have been persecuted and, many times, murdered in cities around the world. It always eventually led to our expulsion from those countries.  Unfortunately, that is a legacy that has followed us to Israel. The difference this time is that we are finally at home and we will not leave our home. 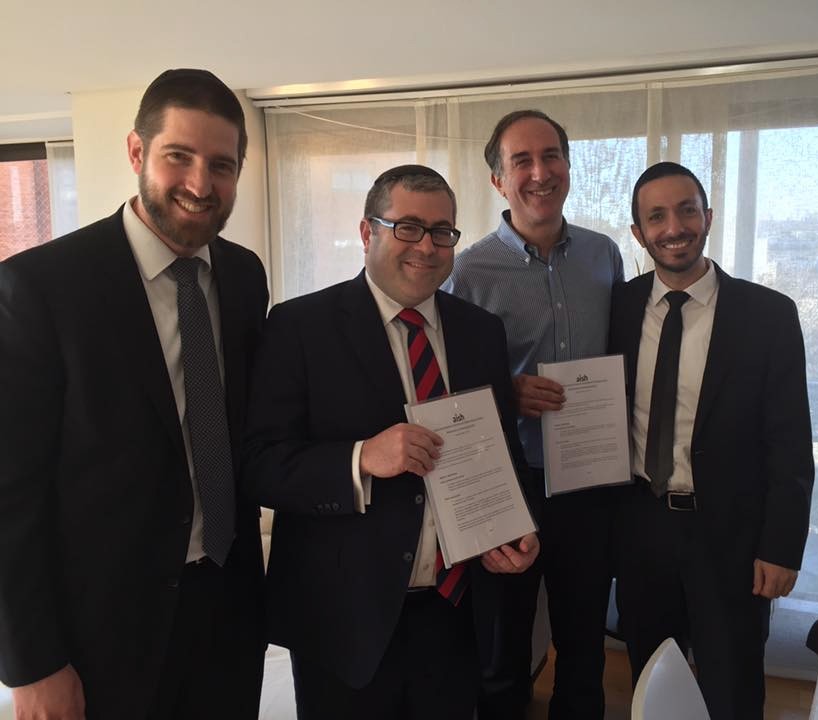 Rabbi Reuven Biermacher was murdered for only one reason. Because he was a Jew and he dared to walk freely in the old city of Jerusalem. This week marks the 50th anniversary of the liberation of the old city of Jerusalem. From 1948 until 1967 if you stood in the place that Aish HaTorah now proudly exists you would have been killed for being a Jew. On behalf of the Aish HaTorah community, I can definitively say that we will never leave the holy spot where we reside. Our answer to terror has been to grow and expand. We will not be silenced. We will not be intimidated. We will study Torah and continue to love every Jew who walks in our door. That is the legacy given to us by our founder Rabbi Noach Weinberg ZT”L. May the Almighty give the entire Aish HaTorah community the strength to keep loving and learning. May He tell Rabbi Biermacher that we did not, and never will, forget you.