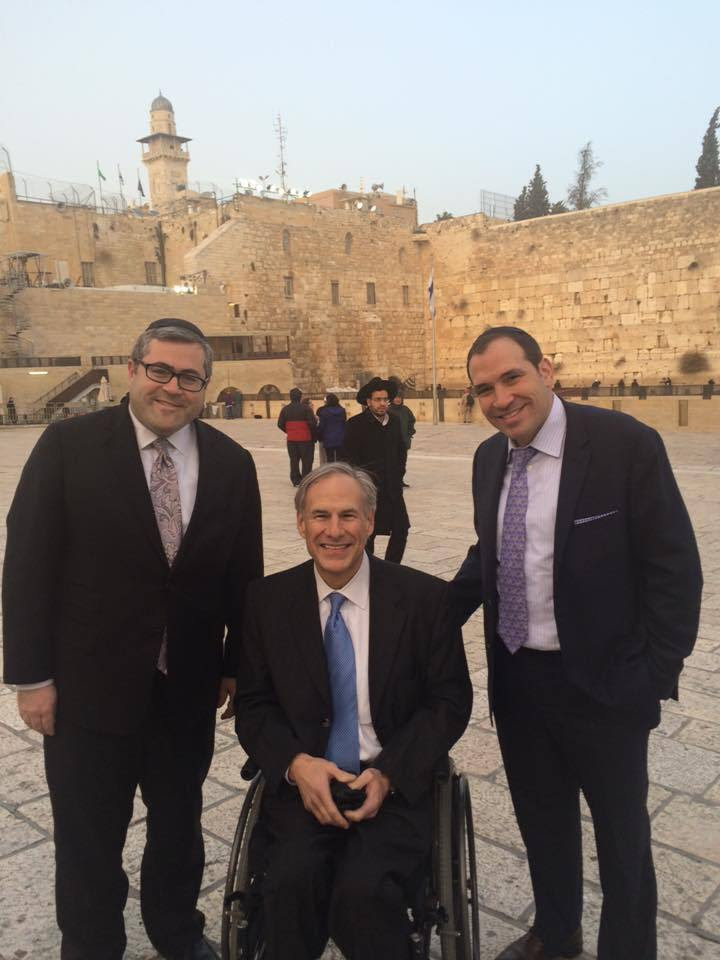 This past week I had the honor of meeting and spending time with Texas Governor Greg Abbott in Jerusalem. After greeting the Governor at Aish, I was invited to a dinner in his honor hosted by my good friend Rabbi Aryeh Lightstone. At the dinner everyone was asked to share a few words. I would like to share with you what I said to Governor Abbott.

I told the Governor that I was at the dinner representing the Aish HaTorah family and would like to walk him through what the last two months have been like for our family. Two months ago a young man named Ezra Schwartz came to Aish to learn about G-d in a program called discovery. After the program was done he signed up to get involved in outreach. He then changed his clothes and traveled to the Gush to do acts of kindness. It was there that he was murdered.

One month ago Rabbi Biermacher, who taught Torah at Aish, finished teaching his class and walked out the Jaffa Gate. It was there that he was savagely murdered and taken from his family.

Today I received a phone call from my son who is on an exchange program at the Israeli high school Makor Chaim. The same school where the three boys, Etan, Gilad & Naftali, were kidnapped and murdered. My son asked me for permission to go to the funeral for the mother of a classmate, Daphna Meyer, who was butchered in her own kitchen. 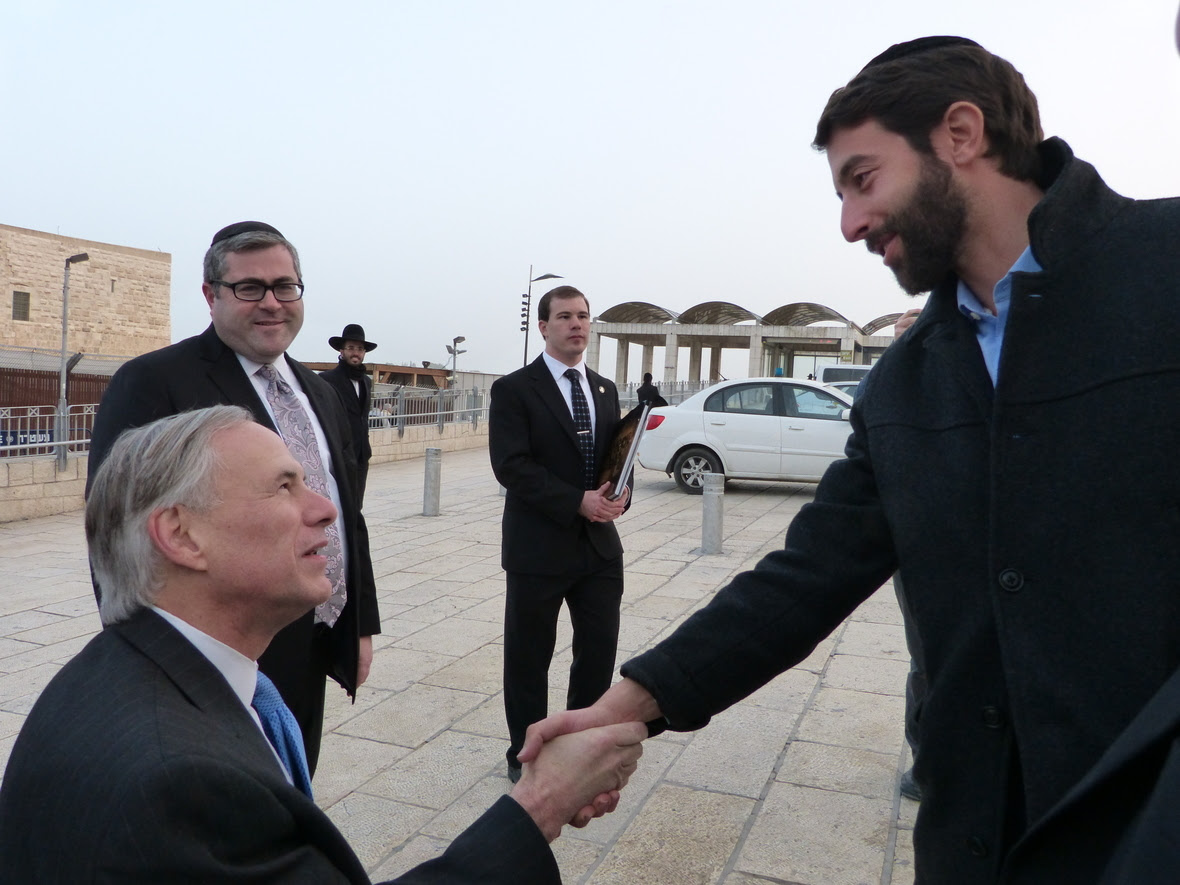 What did these three people have in common? Their only crime was being a Jew. Pure and simple antisemitism in the land of Israel. I then asked the Governor to remain steadfast in his devotion to the Jewish nation.

Yesterday, following a day long commemoration of Rav Noach Weinberg’s zt”l yahrtzeit, the Aish HaTorah community came together for the Shloshim of Rabbi Biermacher to name one of our doors in the Beis Medrash after him. I asked the students to make sure that we remember his sacrifice for Torah.

Our job as Jews is to remember those who have been stolen away from us. We must never be discouraged. We must demonstrate that all the threats and violence against us will not lessen our resolve to serve the Almighty with all of our hearts. May it be the will of the Almighty to stop the violence against His children and reward all of us by building His Temple.